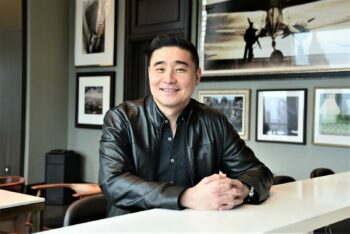 Devon Choo has been appointed Billd’s company’s Chief Operating Officer (COO). The announcement was made by Christopher Doyle, Billd’s President and CEO.

“The addition of Devon Choo as Billd’s Chief Operating Officer is an important step forward in our continued efforts to deliver the absolute best customer experience for subcontractors,” said Doyle. “The onboarding of Devon positions us perfectly for the launch of several new payment products in 2022 as well as the implementation of a variety of operational efficiencies to support our continued growth.”

The addition of Choo servers to further support Billd’s vision to champion the subcontractor, and to provide them the tools they need to succeed and grow (see KB-Resource’s How Subcontractors Secure Funding and Manage Projects is About to Change). Billd mis a leading provider of material financing and other payment solutions for commercial subcontractors.

After a successful year of customer growth in 2021, a Series B round of funding, and several new strategic partnerships, Billd continues to add to the executive suite to support the infrastructure needed for continued expansion.

Choo was most recently COO of With Clarity, where he was recruited to guide the company through the hyper-growth stage and partnered with founders to increase revenue by $64 million in three years. As a general manager for eBay, Choo managed the strategic direction and operational excellence of a seven-billion-dollar business and the largest vertical in eBay’s North America operation. Prior to eBay, Choo was Vice President of Buy.com (A Rakuten Group Company), where the CEO recruited him to improve product assortment, merchandising strategy, vendor relationships, and drive sales, among other responsibilities.

About Billd. Billd was started by Christopher Doyle and Jesse Weissburg, industry veterans in both construction and finance. Chris and Jesse were inspired to launch Billd to bring the financial power of Wall Street to the construction jobsite, allowing contractors to bypass project hurdles with access to upfront funds while enabling suppliers to sell more materials with less risk. For contractors who usually aren’t paid until more than 90 days from purchasing materials, Billd provides 120-day terms so they can stabilize cash flow and more effectively grow their businesses. With a deep understanding of the construction industry, Billd knows traditional credit metrics are poor predictors for risk in this vertical segment and has built a variety of industry-specific proprietary analytic tools to better assess risk in the construction industry.