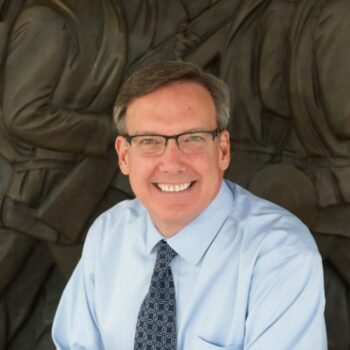 The National Institute of Building Sciences (NIBS) Board of Directors is pleased to announce that starting in January, 2022, The Honorable Stephen T. Ayers, FAIA, NAC, CCM, LEED AP, the 11th Architect of the Capitol and President of The Ayers Group, LLC, has accepted the position of Interim CEO of NIBS. Ayers’ appointment follows the announced departure of CEO Lakisha A. Woods, CAE.

“The Board of Directors is grateful to Stephen for stepping into this role,” said Board Chair Anne Ellis, P.E., Hon.M.ACI, F.ASCE, M.NAC. “Stephen is a proven, trusted and highly-respected industry leader who will ensure a seamless transition and maintain the Institute’s positive momentum advancing building science and technology to serve the public interest.”

Ayers was responsible for facilities maintenance and operation of the historic U.S. Capitol Building, the care and improvement of more than 570 acres of grounds and the operation and maintenance of 18.6 million square feet of buildings, including the House and Senate Congressional office buildings, Capitol Visitor Center, Library of Congress, U.S. Supreme Court Building, and other facilities.

Under his leadership, Ayers reduced carbon emissions, improved energy efficiency, and implemented sustainable design practices throughout the Capitol complex. He also was committed to supporting small businesses to help facilitate competition and support local communities and implemented several programs to award contracts to companies that reflect the nation’s diversity.

About NIBS. National Institute of Building Sciences brings together labor and consumer interests, government representatives, regulatory agencies, and members of the building industry to identify and resolve problems and potential issues around the construction of housing and commercial buildings. NIBS is a nonprofit, non-governmental organization. It was established by Congress in 1974. For more information, visit nibs.org