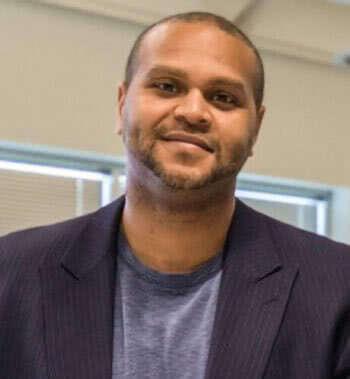 Jonathan Moody has served as president of the Columbus-based firm since 2016, taking day-to-day responsibility for the firm in tandem with his father, CEO and founder Curt Moody. Curt Moody will continue to be fully engaged with the firm as chairman.

Jonathan, an architect, joined the firm in 2011 as a senior associate and was promoted to partner a year later. He was elevated to president three years ago, becoming one of the youngest architectural firm presidents in the United States.

“I am humbled and honored to be named the next CEO of Moody Nolan and look forward to building on the strong foundation established over the past 37 years,” Jonathan Moody said.

Curt Moody, who co-founded the firm in 1982 as a two-person operation, has seen the company grow to 12 offices and become the largest African American-owned architectural firm in the country. As chairman, he will continue to provide active, hands-on leadership and strategic focus.

“I am not stepping away by any means,” Curt Moody said. “But Jonathan has proven himself a highly capable leader, and the time is right to tap the energy and fresh outlook that Jonathan brings to the table.”

Moody Nolan also announced a new four-member Executive Team established to provide a holistic approach to the care and growth of the 12 Moody Nolan offices around the country. While the four Team members will continue in their current project responsibilities, the Team provides a formal structure to facilitate strategic interaction among the firm’s leadership. Executive Team members are:

“The Executive Team provides a wealth of knowledge and experience that Moody Nolan can leverage when we are confronted with major decisions into the future,” said Jonathan Moody. “Together, we intend to pursue a vision based on growth, impact, design and diversity while respecting and maintaining a culture built over many years.”

According to ConstructConnect™ Database of Construction, Moody Nolan is currently working on projects worth $3.7 billion. These include premier projects in the planning stage such as the the Capitol Square Mixed Use project on State Street and Third St. in Columbus, which is new construction of a multi-residential development; office development; parking garage; restaurant; and retail development. In addition, they are working on Temple University’s New Stadium in Philadelphia, a 35,000-seat stadium that includes a mixed-use facility that would house classrooms, meeting and research spaces, and an estimated 28,000-square-feet of retail. For more information on these and their other projects, drop a note to: [email protected] or visit www.a-i-m.com.