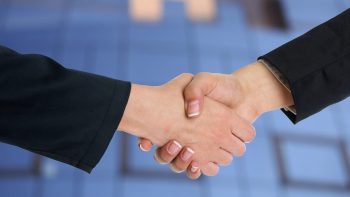 SAN FRANCISCO – As part of a long-planned executive transition, Build Group is pleased to announce the promotion of Nathan Rundel to Chief Executive Officer. Rundel will succeed longtime CEO Ross Edwards, who has served in the role since Build Group’s inception.

Build Group’s success and growth is and has always been attributed to a talented, devoted team of builders. Rundel is a prime example.

Rundel joined Build Group in its first year of operations and has served as the president for the past six years. He has been the primary driver of the company’s general contracting business. Of Rundel’s promotion, Edwards shares, “Nathan is known throughout the industry as an expert in all forms of commercial construction. I can think of no one better equipped to take on the role. He will bring an intense dedication to his new responsibilities as CEO, and the future of Build Group is bright with him at the helm.”

In his new position, Rundel will assume responsibility for day-to-day leadership functions, with a focus on strategic activities, while continuing to support Build Group’s core vision of building people, value, and trust. He will work in partnership with the Board of Directors to set the enterprise direction, ensure a seamless and consistent client experience, and enhance team member development initiatives across Build Group’s key geographies.

Rundel shares, “It is truly an honor to have been tapped for this position. Ross has created an unbelievable legacy during his tenure as CEO, and I look forward to continuing to build off that legacy and advance the vision he and the other founders set forth when they launched the company 15 years ago.”

The Board of Directors will continue to be led by co-founders Scott Brauninger, Ross Edwards, and Eric Horn, joined by Ron Marano and Ron Yen. Build Group looks forward to continuing its mission and standard of excellence and expanding its scope of services and reach into new markets.

About Build Group:
Build Group is a general contractor, construction manager, and designer/builder focused on providing the highest level of service. Over 80% of our work is for repeat clients. At Build Group, our client relationships are driven by trust and integrity, which are the core values our company was built upon. Since 2007, we have grown to over 700 employees across California and Washington State with offices in San Francisco, the East Bay, San Jose, Venice, and Seattle. Build Group is regularly named one of the Fastest Growing Private Companies and a Best Place to Work. Our markets: Multi-Family Residential, Commercial Office, High-End Retail, Restaurants, Hotels & Hospitality, Student & Senior Housing, Healthcare, Life Science, Seismic Upgrades, and Parking Garages. For more information, please visit https://www.buildgc.com/.