The world’s richest people are known to live the most extravagant lives. Any one of us would probably do the same: work your way to a considerable fortune, and you’d splurge on luxury homes, cars, vacations, luxury everything. As far as Musk is concerned, billionaire or not, he can do very well without a couple of items on that list—including luxury accommodation.

A while back, Musk caused a lot of buzz online by announcing plans to sell his entire real estate portfolio. He went ahead with the plans, and, as far as the world knows, the Tesla and SpaceX CEO is now homeless, more or less. According to one of his tweets, he now lives on SpaceX property in a house that’s worth some $50,000.

“My primary home is literally a ~$50k house in Boca Chica / Starbase that I rent from SpaceX. It’s kinda awesome though,” Musk wrote. “Only house I own is the events house in the Bay Area. If I sold it, the house would see less use, unless bought by a big family, which might happen someday.”

The fact that Musk doesn’t even own the tiny house he lives in when in Texas is just the icing on the cake. According to Teslarati, the house is actually a prefabricated, towable tiny home called Boxabl Casita—the least expensive model. 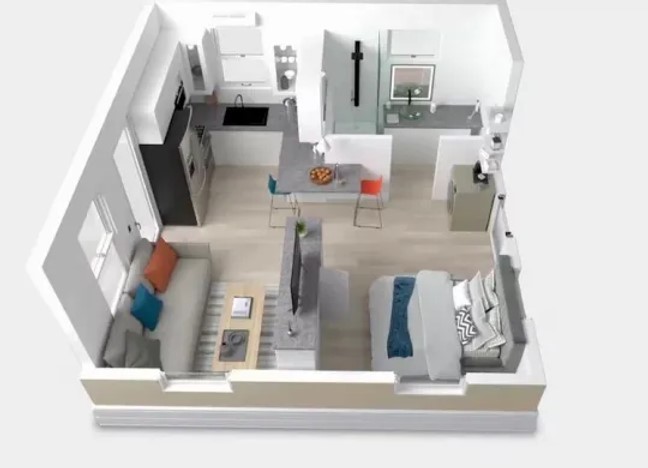 The 20’ x 20’ Casita home is made of concrete panels, steel and EPS foam that can be shipped or towed directly to the buyer. Setting it up takes between one hour and one day, depending on the setup the owner wants: the Casita can be made for off-grid living or hooked up to utilities. Also depending on this, the setup can imply a variety of additional costs.

Still, the Casita itself starts at $50,000 and is made to “last a lifetime.” The walls, floor, and roof are structurally laminated panels rated higher for insulation and durability than everything else on the traditional home-building market. The Casita is hurricane and storm resistant, fire-resistant, flood-resistant, and 90% rated for snow. It’s cheap to maintain and can be made even cheaper by means of solar panels, backup batteries, and smart tech.

The base model is perfect for a small family, being more of a studio apartment: it’s basically a square space divided into four living areas. You have a master bedroom area, a kitchen area, a bathroom, and a living slash dining area. That said, it’s well organized, quite good looking and airy due to the high ceiling. More importantly, it’s well equipped: you have a large fridge, a washer-dryer unit, a dishwasher, a double sink, an ironing board, and an oven and microwave in the kitchen; the bathroom has a deep shower tub, and a sizable counter; you get heating and AC as part of the standard package.

The idea is for Boxabl to start offering larger models soon, variations on this tiny Casita. Boxabl believes the housing industry needs to evolve and head into mass production to be more efficient and more affordable. The only way out of the housing crisis, the company CEO says, is by offering units that are more durable, more affordable, and with shorter delivery dates.

About Boxabl
Modular building manufacturing startup Boxabl’s flagship product is an Accessory Dwelling Unit called “The Casita”. The units have a 20’ x 20’ footprint, 9.5’ high ceilings and come complete with fridge, stove, washer/dryer, bathroom kitchen and much more. Boxabl buildings are designed to be more durable and energy efficient than traditional homes. They are built using a new construction method that makes them resistant to fire, floods, rot, pests, high winds and more. Production is currently limited and Boxabl is accepting preorders. For more information, visit www.boxabl.com.