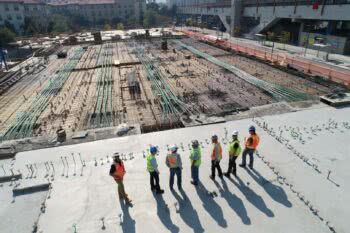 By David Snitkof, Head of Data Analytics and Strategy, Kabbage

Drawing from real-time revenue data of more than 200,000 truly small businesses in the U.S., the Kabbage Small Business Revenue Index is an aggregated and anonymized analysis of small business performance. Of all businesses evaluated, 83% have fewer than 10 employees with median annual revenues of $280,000.

The construction sector led small business revenue growth among all U.S. industries, growing 23.3% with a KIV increase of more than 32 points from 138.6 to 170.9 for the first half of 2019 (see graph below).

Since December 2016, which is as far back as the Kabbage Small Business Revenue Index goes, the construction sector saw a 70.9% increase in revenue growth, compared to the 58.4% increase of the overall Index (graph below).

The revenue growth in the Kabbage Small Business Revenue Index is in line with the overall health of the construction industry as unemployment rates decreased year-over-year, spurring a boost of optimism in the industry.

Tennessee, which was a close second in terms of revenue growth, logged the highest KIV among the large states between January and June 2019 with a peak KIV of 202.4 points. The growth is in line with PayChex’s Index which reports Tennessee now leads the nation in small business job growth.

Alabama’s economic health and growth in the first half of 2019 is represented by several indicators: job growth picked up this year, hitting 1.8%—the fastest growth since 2005—and Alabama’s unemployment rate hit a new record low of 3% in September 2019.

“The closure of several large retailers due to national financial issues may have helped drive revenue to the small business level,” says Jon Bittner, Executive Director of the Alaska Small Business Development Center. “The tourism, construction and healthcare industries have been outliers in their success even in the face of the economic troubles Alaska has been facing. It’s great to see Alaskan businesses thriving even in the face of adverse economic conditions.” 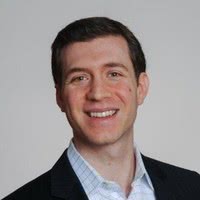 David Snitkof is the Head of Data Analytics and Strategy at Kabbage, a data and technology platform that provides small businesses automated cash flow solutions, including its online lending platform which allows small businesses to quickly access ongoing lines of credit up to $250,000. Previously Snitkof co-founded Orchard Platform where he held the role of Chief Analytics Officer.  Prior to Orchard, he served at Citi, first as Vice President of Small Business Banking and later as Senior Vice President of Analytics and Strategy, Small Business & Commercial Banking.  He also has worked in management roles at Oyster.com and American Express.