Why You Should Avoid Premature Celebration on Tariff Rollbacks

Based on a brief press release from the Office of the U.S. Trade Representative (USTR) and various media reports, it appears the United States and China have reached some kind of tentative “Phase One” agreement.  While the deal does not affect the 25% Section 301 tariffs already in effect on List 1, List 2, or List 3 goods made in China, the U.S. will now reportedly reduce by one-half the List 4A Section 301 tariffs that came into effect in September, moving down from 15% to 7.5%. The U.S. will also hold off on imposing the 15% Section 301 tariffs on about $160 billion of List 4B items imported from China that had been scheduled to start on December 15.

The USTR press release suggests that, in return, China will give new written commitments to purchase substantial amounts of U.S. agricultural products, will agree to major structural reforms concerning intellectual property protection and market access and will become bound by a new but unspecified enforcement mechanism that would allow a “snap-back” of the punitive tariffs if China were to fail to live up to these new terms.

As is inevitably the case in such major trade negotiations, “the devil will be in the details,” and so, while many U.S. firms will be relieved that there has apparently been a modest roll-back of the List 4A tariffs and at least a suspension of the List 4B tariffs, most companies should avoid premature celebration until both sides have announced the deal and, even more critically, the deal terms can be seen and evaluated in more concrete form.

However, what does seem more evident is that both China and the United States want, and probably need, an “off-ramp” to their lingering trade dispute that has dampened and even damaged the economies of both countries.  Both presidents probably need to shore up domestic political support going into 2020, and so it would be important for each of them to be seen making some tangible progress in these trade talks rather than adding more fuel to the economic fires that have burned for the past 18 months.

China has been insisting on significant tariff relief as a sine qua non of any deal with the U.S., and so rolling back the List 4A tariffs and suspending the List 4B tariffs demonstrates that the U.S. has acknowledged that fundamental point from the Chinese side.  Conversely, if China were to commit in a binding way to resume buying American agricultural products again, that would signal China has understood this key U.S. demand, although, in and of itself, that change on the Chinese side would likely only return most U.S. farm producers toward the status quo ante rather than marking any actual new gain of market share in China.

Finally, it would be well to remember that these visible struggles over tariffs and counter-tariffs are only a part (albeit a very important part) of the larger spectrum of tensions between the U.S. and China, given the Administration’s overall strategic wariness about China.  There are still many other areas of confrontation where the Administration is likely to make life more difficult for the business communities in both countries.

The White House is still intent on imposing more and increasingly rigorous “national security” reviews under the evolving rules of the Committee on Foreign Investment in the United States (CFIUS), adding new market exclusion powers at the Commerce Department and the Federal Communications Commission to block the importation of Chinese telecommunications equipment and technology (most visibly in the realm of 5G technologies), expanding U.S. export controls to limit and cut back on U.S. technology transfers to China, and creating new immigration visa barriers that will probably reduce the number of Chinese nationals allowed to study or work in the U.S.

All of this effort should also be viewed against the backdrop of a newly announced Department of Defense shift of focus from the Middle East to looking at Russia and China as the major strategic threats against U.S. interests in the foreseeable future and potentially more direct encounters between U.S. and Chinese military forces in places such as the South China Sea and the Taiwan straits.  Thus, viewed as a whole, the business outlook for U.S.-China trade and investment is probably bleaker at this point than a year ago, at least given the current Administration’s apparent approaches to these issues. 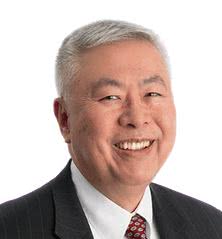